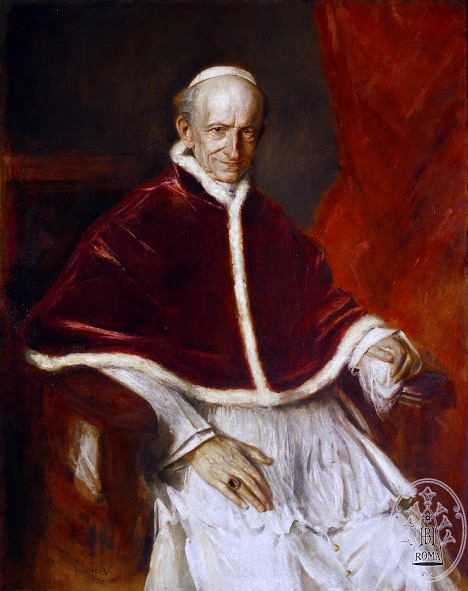 In the present crisis of faith, which has broken out within the Catholic Church, on account of the perfidy of those to whom the preaching of the Gospel has been entrusted,  Catholics, who seek true spiritual guidance, can look to the exhortation of Pope Leo XIII, in his Encyclical Letter, Sapientiae Christianae, of January 10, 1890.

In Sapientiae Christianae, Pope Leo XIII defines the duties of Christians in civil society and emphasizes that Christian need to obey God, even if that brings them into conflict with civil authority. If civil law clearly contradicts divine law, “then, truly, to resist becomes a positive duty, to obey, a crime.”

Unfortunately, he finds, societies are more and more frequently instituting exactly the sort of legislation that contradicts divine law. To be able to discern which laws must be resisted, Leo says that Catholics “should make a deep study of Catholic doctrine.” Once imbued with this doctrine, it is their duty to defend the truth, publicly.

Pope Leo XII has no patience with silence:

“To recoil before an enemy, or to keep silence when from all sides such clamors are raised against truth, is the part of a man either devoid of character or who entertains doubt as to the truth of what he professes to believe.“

The only ones who win when Christians stay quiet, he says, are the enemies of truth. The silence of Catholics is particularly disturbing because frequently a few bold words would have vanquished the false ideas.

“Christians are,” Leo continues, “born for combat.” It is part of their nature to follow Christ by espousing unpopular ideas and by defending the truth at great cost to themselves.

In Tridentine mass, the person when anointed and confirmed, next receives a gentle slap on the cheek from the hand of the Bishop to make him recollect that, as a valiant combatant, he should be prepared to endure with unconquered spirit all adversities for the name of Christ: “Deinde leviter eum in maxilla caedit, dicens: Pax tecum.” After the Second Vatican Council, the confirmation rite was revised, mention of this gesture was omitted.

According to Leo, one of the chief duties of Catholics, is “professing openly and unflinchingly the Catholic doctrine”; a second is “propagating it to the utmost of their power.” As many today insist, they should preach the Catholic faith through personal example; at the same time, though, they should preach the faith “by open and constant profession of the obligations it imposes.” A negative reaction from the public, far from being a sign of mistaken ideas, can serve as evidence of exactly the opposite fact. “Jesus Christ,” the pope points out, “has clearly intimated that the hatred and hostility of men, which he first and foremost experienced, would be shown in like degree toward the work founded by him.”

Sapientiae Christianae remains virtually a dead letter. Many of the social problems in the West today would not exist if Catholics had taken this encyclical seriously. It is not too late. Today, through the great blessing of the Internet, Catholics can learn doctrine more easily than ever before. The next step, “open and constant profession,” is more difficult, but it flows directly from accepting that we are indeed “born for combat.”

“What is really going on is a war between Christ and the Antichrist on a scale never seen before, where the survival of the Catholic faith is at stake. I repeat: we are in a battle to preserve the Catholic faith, and all the battles being fought on various fronts, even those that are so important like moral truth, are only the terrain of confrontation in a war that is much deeper, involving metaphysics and religion. The most important thing in play is faith. But faith is preserved whole and intact or it is lost. You cannot preserve just parts of it according to taste or expediency”.  (La Riscossa Cristiana, Rorate translation).

It is widely reported that Pope St. Pius X said the following in response to those who asked him to “go soft” on the Modernists: “Kindness is for fools! They want them to be treated with oil, soap, and caresses but they ought to be beaten with fists! In a duel you don’t count or measure the blows, you strike as you can! War is not made with charity, it is a struggle a duel. If Our Lord were not terrible he would not have given an example in this too. See how he treated the Philistines, the sowers of error, the wolves in sheep’s clothing, the traitors in the temple. He scourged them with whips!”

“Take heed to yourselves, and to the whole flock,
wherein the Holy Ghost hath placed you bishops,
to rule the church of God, which he hath purchased with his own blood.

I know that, after my departure,
ravening wolves will enter in among you,
not sparing the flock.
And of your own selves shall arise men
speaking perverse things,
to draw away disciples after them.”
Acts 20:28-30