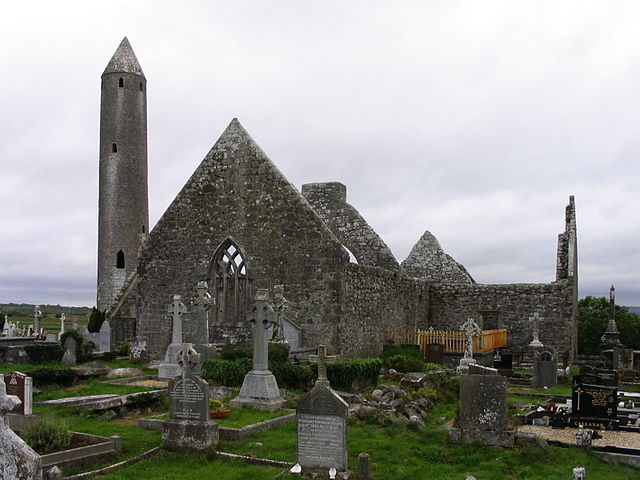 Since the early years of the Christian era, Christians have been called by Christ Himself to life in the world without being of the world (John 17:13-16).

There are those who think that the contemplative life is not suited to our times and particularly to our country. Hear what Pius IX said on that subject:

“The want of the American Church is religious orders of prayer. America is a young country; she has passed her infancy and is now in her youth, but before she arrives at maturity one thing is necessary,—the extension of contemplative orders, without which she will never reach perfection.”

The Catholic Church always, and especially now during this time of trial, needs holy religious who will continue in the example set by the “Heroes of the Faith” such as the glorious Saint Colman Mac Duagh.

Thanks to monks, prayer continues unceasing on earth, and the whole world profits, for through prayer the world continues to exist; but when prayer fails, the world will perish. (1)

This fact was confirmed when in 1634 A.D. the Blessed Virgin under the title of Our Lady of Good Success appeared to the Franciscan Nun Venerable Mother Mariana de Jesus Torres, in Quito, Ecuador. This event is approved by Holy Mother Church.

Our Lady solemnly spoke these words regarding the importance of holy monasteries and convents:

“Woe to the world should it lack monasteries and convents! Men do not comprehend their importance, for, if they understood, they would do all in their power to multiply them, because in them can be found the remedy for all physical and moral evils… No one on the face of the earth is aware whence comes the salvation of souls, the conversion of great sinners, the end of great scourges, the fertility of the land, the end of pestilence and wars, and the harmony between nations. All this is due to the prayers that rise up from monasteries and convents.”

“There shall be scarcely any virgin souls in the world. The delicate flower of virginity will seek refuge in the cloisters.…Without virginity, fire from heaven will be needed to purify these lands.… ‘

If you want to heed Our Lady of Good Success’s words and understand the great graces Traditional Catholic monasteries and convents can bring to our world which is now seemingly on the edge of a precipice, we humbly ask you to recite the following prayer regularly:

” Religious communities will remain to sustain the Church and work with courage for the salvation of souls.… “

“Pray constantly, implore tirelessly, and weep bitter tears in the seclusion of your heart, beseeching the Eucharistic Heart of my most holy Son to take pity on His ministers and to end as soon as possible these unhappy times by sending to His Church the Prelate who shall restore the spirit of her priests.”