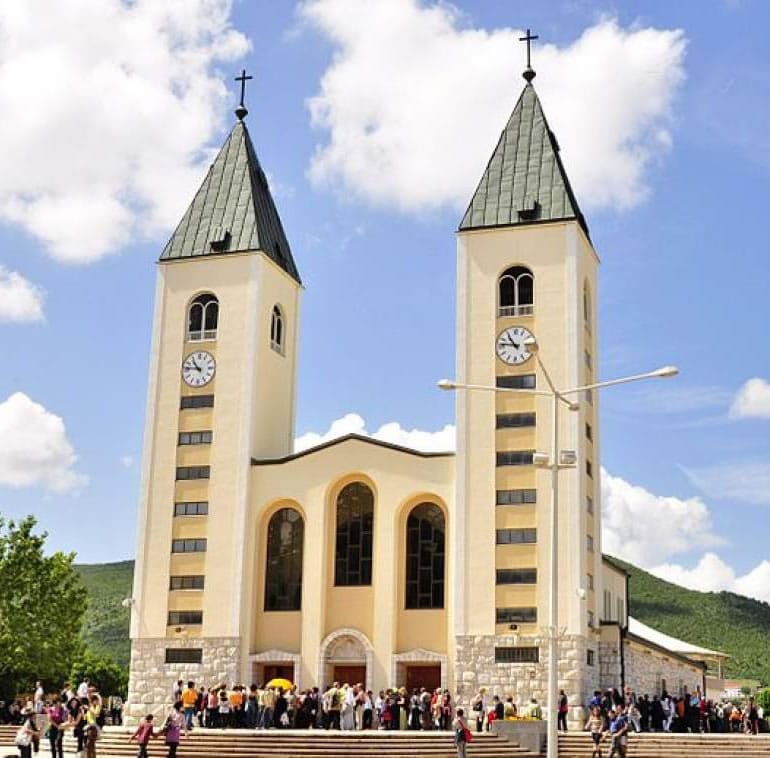 “But even if we or an angel from heaven should preach a gospel to you other than that which we have preached to you, let him be anathema!” (Gal. 1:9)

In her autobiography, Saint Teresa writes, “I only regard a revelation as true if it is in no way contrary to Holy Scripture and to the laws of the Church, which we are obliged to follow.” The soul favored with extraordinary graces “feels capable of confounding all the demons in order to uphold the smallest of the truths taught by the Church!” If a revelation “departed ever so little from Holy Scripture, I would see in it a snare of the Devil… in such a case, it is not necessary to look for any other signs nor even to examine what manner of spirit it is. This mark alone so clearly unveils the wiles of the evil spirit that, were all the world to assure me that it is the spirit of God, I still would not believe it.”

Let us compare the teachings of the Church and Scripture with the “revelations” of Medjugorje:

Yes, we are all children of God and called to afford His love and dignity to all people on earth. And Jesus said, “I am the way and the truth and the life. No one comes to the Father except through me.” John 14:6.

We have the Scriptures, the teaching of the Church and the accumulated spiritual wisdom of 2,000 years to guide us. Above all, we have the Holy Spirit as the Pilot and Guide of the Church, and the Lord Jesus Christ as the ever-present and only Head of the Church.  There are very few places in the Gospels where it is recorded that the Mother of God spoke, but each one of them is highly significant. One could spend a life-time meditating on her sayings and never exhaust their meaning. Otherwise she is silent in order that her Son, the Word, may speak. Nothing can ever surpass the holy Virgin’s two sublime titles: her own choice—Handmaid of the Lord, and that which the Church has given her—Theotokos, Mother of God.

We have a choice when seeing the differences between the doctrines of the Church and the statements made by the children at Medjugorje. We can either conclude that the Church and Holy Scripture are wrong in their infallible teachings or that the apparitions at Medjugorje are false, for there can be no compromise: neither can God inspire or direct falsities nor can something be both true and not true at the same time.

It is clear from the evidence given above that, using the guides that Church gives us for discerning true supernatural messages, there can be no mistake that the apparitions at Medjugorje are completely false.

The son of perdition, the Antichrist, inasmuch as he is a man, will give the devil the possibility – through him – to act openly in the world, and, with the help of the false prophet, to deceive and destroy people. The greater part of humanity will gladly accept this proud message of the man-god, whose principal postulates will be: “Man! Know that your ‘I’ is a part of the divinity. You are truly a god! You are a law unto yourself. No one has any authority over your ‘I.’

Some proponents of Medjugorje claim that the apparitions have borne the “good fruits” of conversions, increased sacramental confessions, recitation of the Rosary, Marian devotion, and a host of other very Catholic manifestations. We must consider that the Devil is willing to suffer these effects as long as he can keep his dark mantle over Catholic doctrine, which itself is necessary to make any such fruits efficacious and will assuredly lead souls to Hell, as the rejection of a single doctrine is sufficient to place one in the state of mortal sin. Consider again what St. Teresa, the great Doctor of the Church, said about the marks of a favored soul and a true revelation.

As the events at Medjugorje cannot be from God, they must be from His Great Enemy. We have a duty to inform others in order that they may not be led astray and may focus on the great crises of our age. Please take the time to educate others on the position of the Church regarding the false apparitions of Medjugorje.

Our Lady of the Rosary Library: Footnotes

1 Just a few examples are given of the Church’s teaching on the doctrine of exclusive salvation. For a more detailed treatment of the subject, please see one or more of the following: The One True Church, Extra Ecclesiam Nulla Salus, Respect for Other Religions?

2. Fourth Lateran Council, 1215 A.D., Ex cathedra. (When the Pope speaks ex cathedra, he is guided by the Holy Ghost and is thus infallible. All doctrine declared in this manner must be believed in order to be saved.)

5. The Apparitions of Our Lady of Medjugorje, Franciscan Herald Press, 1984.

6. The Apparitions of Our Lady of Medjugorje, Franciscan Herald Press, 1984.

7. Janice T. Connell, The Visions of the Children, The Apparitions of the Blessed Mother at Medjugorje, St. Martin’s Press, August, 1992.

“By Their Fruits You Shall Know Them” (By David Martin)

The fruits of Medjugorie speak for themselves, which include a falling away from the sacraments, a departure from tradition, contempt for the priesthood, attendance at interfaith worship, entanglement in fake mysticism (sorcery), promiscuous behavior, and the illusion of unconditional mercy in spite of sin.

That is to say, Medjugorie is not Catholic but is a wing of the international New Age network that simply uses the name of Mary to bewitch the faithful with a new gospel. Medjugorie is all about advancing the Charismatic Movement, which is directly tied to the so-called renewal since Vatican Council II. It advocates one-world ecumenism and teaches that God works through other religions, which of course is heresy.

It was for reason that Bishop Andrea Gemma, the Vatican’s former top exorcist, described the Medjugorie visions as the “work of the devil.”