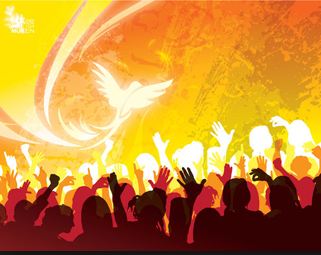 Charismatism takes its origins from Protestant Pentecostalism in the United States and it has spread throughout the Catholic Church by the “Baptism in the Spirit”.

Regarding its “Baptism in the Spirit”:

This spiritual baptism is an innovation which the Charismatic renewal attempts to justify by claiming that with the sacraments the Catholic Church has not fulfilled all the abundance of the Gospels: “The over flowing and abundance of the New Testament should not be hastily assimilated to subsequent sacramental forms” (Fr Laurentin, Charismatic apologist, in his book Pentecôtisme chez les Catholiques, Beauchesne, 1975). Now, the Catholic Church alone is the custodian of the teachings of Our Lord Jesus Christ. It transmits infallibly the blessings of the Gospels in the only true Sacraments. “My God, I firmly believe all the Truths which You have revealed to us and which You have taught us through Your Church, because You can neither deceive nor be deceived.” (Act of Faith)

Regarding the emphasis put on charisms:

Regarding its search of extraordinary signs and wonders:

Regarding its suspicion of the Church’s Hierarchy:

The Hierarchy of the Catholic Church is seen as a stifling human institution:
“In so far as the ecclesiastical institution is constructed in the form of a hierarchical and closed juridical structure, in so far as it is organised, not according to the spirit of charism but by coopting clergy monopolising the resources, the knowledge, the power and the initiative in the Church, the Charismatic thrusts have been stifled.” (Fr Laurentin, Ibid.) Now this hierarchy derives from God Himself: “He said therefore to them again: ‘Peace be with you. As the Father hath sent Me, I also send you.’ ” (John XX 21) “And I say to thee: Thou art Peter, and upon this rock I will build My Church. And the gates of hell shall not prevail against it.” (Matth. XVI 18)

“Originating from Protestant families, I was baptised a Protestant. Today, I know that God wants me to be a Protestant. I have gradually felt that I must not separate myself from my Protestant Church but to bring myself closer to it.” (Testament of a young girl in the Bethany Community, in Revue Tychique, No. 52, p.10)
“There will not be a real Judeo – Christian dialogue until the return of the Lord, except when Christians are truly Christian and the Jews truly Jewish.” (Brother Ephraim, Founder of the Community of the Beatitudes, in Cahiers du Renouveau, No. 64, p.13)

Now, the Catholic Church teaches infallibly: ‘Outside the Church there is no salvation’.

“The Catholic Church alone keeps the true worship. It is the Church of Truth, the home of the Faith, the temple of God; he who does not enter it or he who leaves it, loses all hope of life and salvation. Do not let anyone hold a dogged view. It is a question of life and of salvation. If one does not watch out carefully and prudently, it is ruination and death.” (Lactantius; IIIrd c., Catholic apologist.)

Charismatic Renewal is therefore not Catholic.

This leaflet may be reproduced freely.
A ‘sampler’ of approximately 20 assorted leaflets may be obtained from:
Catholic Wisdom Publications
P. O. Box 4120, Makati City, Philippines


How Does the Orthodox Church Approach the Charismatics?

“There is nothing Orthodox about the charismatic movement. It is incompatible with Orthodoxy, in that it justifies itself only by perverting the message of the Fathers, suggesting that the Church of Christ needs renewal, and indulging in the theological imagery of, Pentecostal cultism. With such things, one cannot be too bold in his language of condemnation and reprobation.

As for those caught in the web of the charismatic movement, under no circumstances are we justified if we condemn them. Those who imagine themselves saved by all of this are victims of a demonic arrogance which blinds them to true evangelical humility, which often serves certain personality deficits, and which, more often than not, convinces them inwardly of their own salvation—indeed, a dangerous thing. We must reach out to these people with charitable words, constantly assuring them that the Orthodox Church has a fullness which is not yet realized in America. Within that fullness, we must tell them, rests a true spiritual treasure, not a dull stone glimmering with the polish of deceit and emotionalism. And then, to be sure, we must set about restoring the fullness of the Church’s traditions, admitting readily that WE, not the Church, have lacked fullness!”