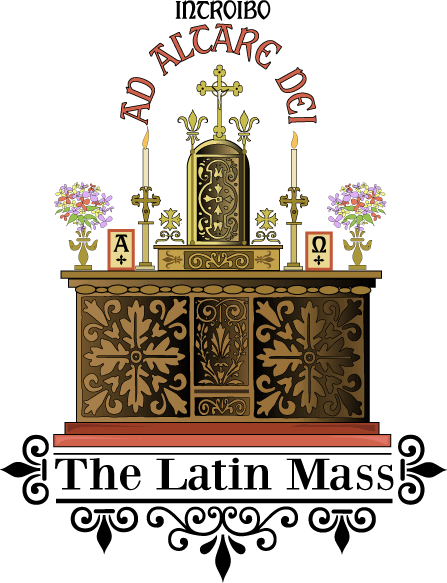 The celebration of Mass and the administration of the sacraments in the Latin tongue form for some Protestants a subject of surprise, for others of complaint; as if there were something unnatural or wrong in the practice. Among Catholics it never excites either surprise or complaint; they never think themselves in the slightest degree aggrieved by it. If strangers to the Catholic religion think otherwise, their complaints proceed from ignorance.

When a Protestant goes to church he generally seems to consider the principal acts of religion to consist in reading, praying, or preaching; nay, he seems to attach most importance to the last office. He seems to look upon his clergy- man merely as a teacher of morality, as one whose chief business is to read prayers in an audible tone for the people, so that all may join in. His character lacks that sacredness which arises from the sublime duty of offering sacrifice; preaching and praying are the two great acts of his ministry, the former of which any clever man without the help of ordination, may perform as well as he; and for the latter any good reader is equally capable. For a religion like this, which acknowledges nothing more sublime in its ministry, a foreign language, or an unknown tongue as it is commonly called, would certainly not be very appropriate in public service; hence proceeds the error of judgment so common to Protestants when they conclude it is equally unfit for Catholic worship.

How different are such ideas from ours and from the truth! We venerate in our priests a character of a much higher order, and an office infinitely more exalted. We look upon them as the representatives and vicegerents of Jesus Christ, our great High Priest; as having power, by virtue of their ordination, to consecrate and offer sacrifice, and to administer sacraments; thus divinely commissioned, to become, as St. Paul expresses it in admirable terms, ‘‘ the ministers of Christ, and dispensers of the mysteries of God.”

The Catholic looks upon his priest as a minister of Christ, whereas the Protestant considers his preacher more as a minister of the people. When the Catholic priest stands at the altar, he stands there as a mediator between God and the people; he has an office to perform in which they have nothing to do with him, or for him, as assistants or coadjutors; in a word, he has a sacrifice to offer, which is an act that passes between God and himself alone, to complete which, or to render it more acceptable, no assistance of the people is necessary. He offers it indeed for the people, and in company with them, but not that they have any part in offering it in the strict sense of the word. For the character of a priest is essentially distinct and separate from that of a layman, and nothing marks this distinction so absolutely as the power of offering sacrifice, which is his exclusive right.

Taking, then, this view of the subject, can it in itself a matter of any consequence at all what is the language in which the Almighty is addressed at the time? Cannot He who is the Author of all, equally understand any language? And if the priest understands the language in which he is addressing the Almighty what more is required? The words by which sacrifice is offered are addressed to God, not to the people, nor by the people, and if he who addresses them and he to whom they are addressed understand them, every useful object is attained, and nothing more can be wanting. This is the case in the Mass, and for this reason all the essential parts of the Mass — the Offertory, the Consecration, and the Communion — are performed in secret or in silence.

It is true that both prayers and instructions accompany the essential parts of a sacrifice, and these are spoken aloud so that all may hear them; but the fruits and blessings of the Mass are not the consequence of these prayers, nor produced by them, but by the essential act of the sacrifice alone. In like manner the administration of the sacraments is properly performed in Latin, for though these also are sometimes accompanied by prayer and instruction, or ceremonies, which, when properly understood, may affect the minds and excite the devotion of the people, yet the effect is not produced by any of these means, but by the actions rightly performed and the words properly pronounced by the priest, as ordained by Jesus Christ. In both these instances of sacrifice and sacraments, the priest is performing the highest offices ever given to man to perform — offices totally and incommunicably peculiar to himself, to which an unchangeable and a dead language is expressly and justly assigned. If the Mass or the sacraments were nothing but a common prayer, read for the people, then perhaps the common language of each country would be the most proper to use; but then, also, would religion lose its chief character of Divinity, and the priesthood be stripped of the only character which distinguishes its members from the laity. We do not, therefore, blame the Protestants for using the common language of the people in their public prayers, for as they have neither sacrifice nor priest, they were only consistent in laying aside the language when they rejected the sacrifice and the priesthood. But on the other hand let them not object to us; for as we have still retained the sacrifice and the priesthood, there is no reason for rejecting the use of a language which is most convenient for our purpose.

Thus the complaints so common among Protestants about the use of the Latin language in the Mass are purely founded on a want of knowledge of our religion. Let them inform themselves upon this subject, and all difficulties will disappear at once. To Catholics it is a great consolation to reflect that, in this as in every other respect, the Church always adapts her discipline to the necessities of her flock, or to the dignity and order of her public service.

It has been said that the use of any language in itself was immaterial, but in its consequences, or in view of the commands of the Church, it is by no means immateriaL The Church has wisely ordered the Latin tongue only to be used in the Mass and in the administration of the sacraments, for several reasons.

I. Latin was the language used by St Peter when he first said Mass at Rome. It was the language in which that Prince of the Apostles drew up the Liturgy which, together with the knowledge of the Gospel, he or his successors the Popes imparted to the different peoples of Italy, France, Belgium, Spain, Portugal, England, Ireland, and Scotland, Germany, Hungary, Poland.

II. From the time of the Apostles down, Latin has invariably been used at the altar through the western parts of Christendom, though their inhabitants very frequently did not understand the language. The Catholic Church, through an aversion to innovations, carefully continues to celebrate her Liturgy in that same tongue which apostolic men and saints have used for a similar purpose during more than eighteen centuries.

IV. Mass is said in Latin because a universal Church requires a universal language. The Catholic Church is the same in every clime, in every nation, and consequently its language must be always and everywhere the same, to secure uniformity in her service.

V. Variety of languages is a punishment, a consequence of sin; it was inflicted by God that the human race might be dispersed over the face of the earth. The holy Church, the immaculate Spouse of Jesus Christ, has been established for the express purpose of destroying sin and uniting all mankind; consequently she must everywhere speak the same language.

VI. It is a fact well known that the meaning of words is changed in the course of time by everyday usage. Words which once had a good meaning are now used in a vulgar or ludicrous sense. The Church, enlightened by the Holy Ghost, has chosen a language which is not liable to such changes. The sermons and instructions, and in short everything that is addressed directly to the people, are all in the language of the country; even the prayers of the Mass are translated in almost every Catholic prayer-book, so that there can be no disadvantage to the Catholic worshipper in the fact that Mass is celebrated in the Latin tongue; especially as the pastors of the Church are very careful to comply with the injunctions of the Council of Trent, to instruct their flocks on the nature of that great Sacrifice, and to explain to them in what manner they should accompany the officiating priest with prayers and devotions best adapted to every portion of the Mass. In the second place, faithful Catholics know well that the holy Sacrifice of the Mass is the self-same sacrifice that Jesus Christ offered to His Father on the Cross, because both the priest and the Victim are the same; their faith in the Real Presence is abundantly sufficient to enkindle devotion in their hearts, and to excite in their souls appropriate acts of adoration, thanksgiving, and repentance, though they may not understand the prayers which the priest is uttering. For this reason it is that the faithful, pressed by different wants, go to the adorable mysteries of the Mass, never thinking of the language in which they are celebrated. Some, moved by the force of calamities, hasten thither to lay their sorrows at the feet of Jesus. Others go to ask some grace and special mercy, knowing that the heavenly Father can refuse nothing to His Son. Many feel constrained to fly thither to proclaim their gratitude, and to pour forth the love of a thankful heart, knowing that there is nothing so worthy of being offered to God as the sacred Body and Blood of the eternal Victim. More press forward to give glory to God and to honor His saints, for in the celebration of these mysteries of love alone we can pay worthy homage to His adorable majesty, while we bear witness to our reverence for those who served them.

Lastly, men hasten to Mass on the wings of charity and compassion, for it is there that they can hope to obtain salvation for the living and rest for the dead. Thus to the thirsty pilgrims through the rocks of the desert do the fountains of water appear. Thus do the generation of those who seek justice receive benediction from the Lord and mercy from God their Savior.

Pity for those who know not this heavenly sacrifice! What a misfortune to see one driven from this Eden, and yet to do nothing to obtain the favor of readmittance! How unhappy too are those Catholics who, though knowing it, by their unpardonable indifference deprive themselves of this exhaustless mine of inestimable riches!

Source: “THE HOLY MASS: THE SACRIFICE FOR THE LIVING AND THE DEAD”
by MICHAEL MULLER, Priest of the Congregation of the Most Holy Redeemer
Imprimatur
FR. PUSTET, PRINTER TO THE HOLY APOSTOLIC SEE.
✞ JOHN, Archbishop of New York.
December 15th, 1875