Michael Davies is most known for his work on the liturgical revolution. 3-Volumes. Hardcover. Purchase as a set and save $21.00 off of retail.

Ships only within the United States.

Michael Davies is most known for his work on the liturgical revolution. He summarizes how the movement for liturgical reform transmuted into the monster that it became, and then used Vatican II, the organs established to effect the reforms of Vatican II, and the “spirit of the Council” to create the new liturgy.

Michael Davies shows that Henry VIII and Thomas Cranmer understood that if you change the way people pray, then you will change what they believe. Cranmer’s Book of Common Prayer (1549) began a process that changed the Catholic Church in England to the Anglican sect. Davies compares these changes to the modern liturgical “reforms” and the similarities are shocking.

Cranmer’s Godly Order is a classic…revised and expanded by Mr. Davies during his final years. Drawing upon the best of Catholic and Protestant scholarship and on primary sources, Davies traces the steps by which the ancient Catholic Mass became the Lord’s Supper in the Church of England. And these steps were changes – as Popes and Reformers alike were at pains to stress.

Thomas Cranmer, Archbishop of Canterbury under Henry VIII and Edward VI and architect of the new liturgy, was a master of the theology of the Mass, and hated it. The parallels between the Anglican liturgy and the New Mass of the 1960s will be uncomfortably obvious!

For those who have read it, it is already a classic. Few books can rival its clarity and objectivity. An incredible pattern emerges: a pastoral Council hijacked by a clique of theological liberals who consign to the trash the documents of the Council Preparatory Committee (of which Archbishop Lefebvre was a member), shut off the microphones of those who attempt to defend the Faith (suffering this indignity was no less than the illustrious Cardinal Ottaviani), and co-opting the media so that their spin became “reality”?

It is the unparalleled history of how the New Mass was devised, created, and implemented. Beyond this, a list of the manifold liturgical problems of the past generation is documented: from Mass facing the people and revolutionary legislation to Communion in the hand and the problem of the Offertory. For over thirty years this book has been considered the most thorough critique of the New Mass in the English language. Michael Davies, former president of Una Voce, was one of the earliest critics of the liturgical changes in the Mass after Vatican II. Archbishop Lefebvre recommended many of his early works, including the most comprehensive documentation and defense of the foundation of the SSPX: Apologia Pro Marcel Lefevbre (in three volumes).

By the mid-1970s the crisis within the Church was deepening. In his general research on the various novelties that were being introduced he had amassed a huge amount of data on the Council and how the great majority of the Fathers had been deceived by the well-orchestrated plan of a clique of European bishops and their liturgical advisers. Michael Davies argued that the Church’s attempted headlong rush into unity with other Christian bodies would, in fact, have the adverse effect to that being proclaimed and was leading swiftly to its decline. 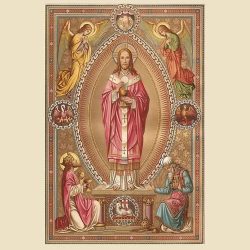 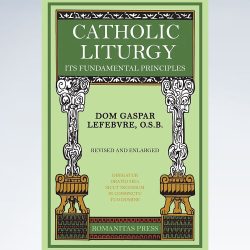