St Benedict Black Epoxy Crucifix 8″. Boxed with an explanation of the Saint Benedict Medal. The St. Benedict Cross contains St. Benedict Crucifix Medal on the front and back side of the cross. Gift box included. 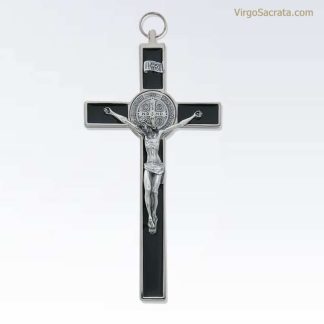