Prayers Preceding The Rosary in Latin 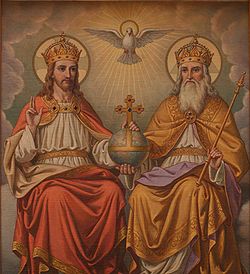 Praying the Latin Rosary arises from a devotion to both the Rosary and to the holy Roman Catholic Church with her own consecrated language that has been a defining aspect of her prayer life throughout history.

The Rosary was originally recited in Latin, and was handed down in this form in private devotions. St Dominic himself taught heathens and Christians alike who had little to no knowledge of this language to pray the Rosary in Latin.

The Church further teaches that private devotions are to be connected with and lead to the sacred liturgy, which throughout the centuries has always and everywhere been offered in Latin, the Roman Church’s mother tongue. Latin language is a sacred language, and remains best suited to elicit a most profound sense of mystery in the Eucharistic sacrifice. It is therefore most fitting when the Rosary, with its liturgically derived prayers, continues to be recited in this same mystical language, as it has throughout history.

Prayers Audio courtesy of The Boston Catholic Journal. All copyrights belong to their respective owners. No additions, deletions, or changes are to be made to the text or audio files in any way, and the copies may not be sold for a profit.
Our Lady’s Rosary Maker and Traditional Catholic Resource