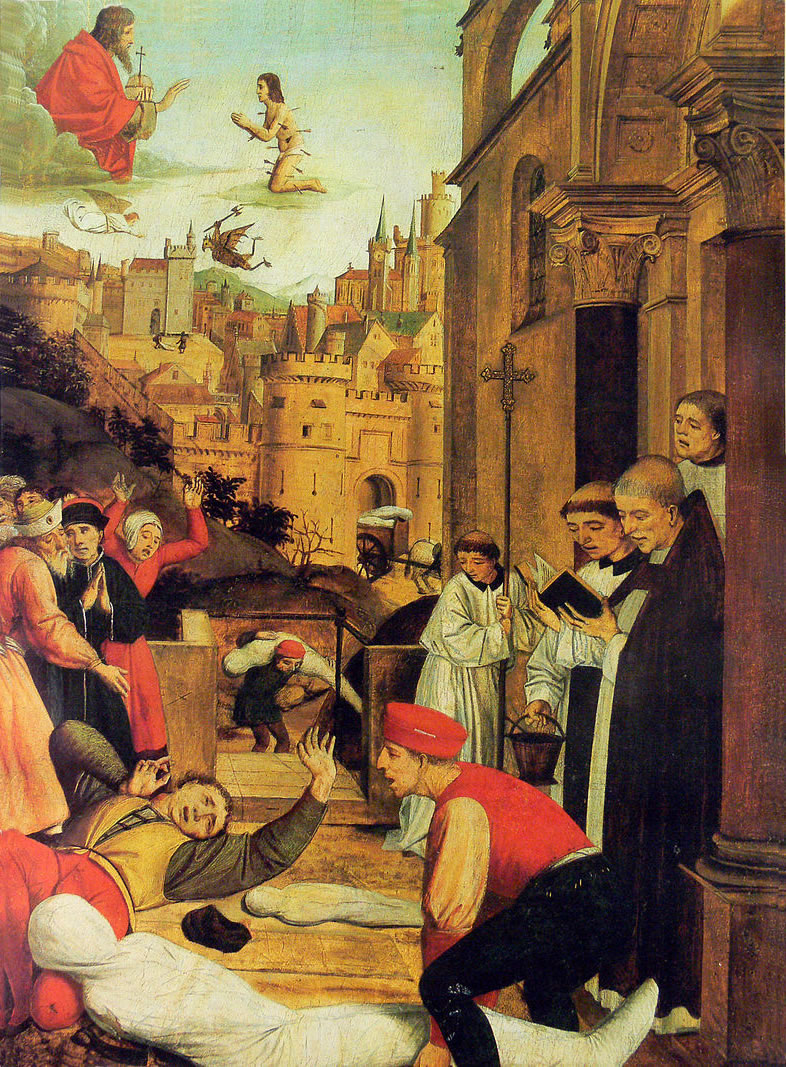 The Creed of the Council of Trent, which the Catholic Church places before the faithful as the Rule of Faith, we read: “I firmly believe that the saints reigning with Christ are to be venerated and invoked.“

The Church therefore teaches, first, that it is right and pleasing to God to venerate the saints and to invoke their intercession; and second, that it is useful and profitable to eternal salvation for us to do so.

The veneration of the saints is useful and profitable to us. Men conspicuous in life for knowledge, bravery, or other noble qualities and unusual merits are honored after death. Why, then, should Catholics not be permitted to honor the heroes of their faith, who excelled in the practice of supernatural virtue and are in special grace and favor with God ? That this veneration is profitable to us is evident from the fact that the example of the saints incites us to imitate them to the best of our ability.

The veneration of the saints is not only in full accord with the demands of reason, but we are, moreover, enjoined explicitly by Holy Scripture to venerate the memory of the holy patriarchs and prophets: “Let us now praise men of renown, and our fathers in their generation” (Ecclus. xliv. 1). “And their names continue for ever, the glory of the holy men remaining unto their children” (Ecclus. xlvi. 15).

Reason and Holy Scripture, then, are in favor of the veneration of the saints. We find it practiced, therefore, also in the early Church. She was convinced from the very beginning of its propriety and utility. As early as the first century the memorial day of the martyrs* death was observed by the Christians. They assembled at the tombs of the sainted victims of pagan cruelty and celebrated their memory by offering up the Holy Sacrifice over their relics. We know this not only from the testimony of the earliest ecclesiastical writers, as Origen, Tertullian, and St. Cyprian, but also from the history of St. Ignatius the Martyr (d. 107), and of St. Polycarp of Smyrna (d. 166). Over one hundred panegyrics of various saints written by St. Augustine are still extant.

And why should it not be right and useful to invoke the intercession of the saints? Everybody deems it proper to ask a pious friend for his prayers. St. Paul the Apostle recommended himself to the prayers of the faithful (Rom. xv. 30), and God Himself commanded the friends of Job to ask Him for His intercession that their sin might not be imputed to them (Job xlii. 8). How, then, can it be wrong or superfluous to invoke the intercession of the saints in heaven?

The saints are willing to invoke God’s bounty in our favor, for they love us. They are able to obtain it for us, because God always accepts their prayer with complacency. That they really hear our prayer and intercede with God for us is clearly shown by many examples in Holy Scripture. And if, according to the testimony of St. James (v. 16), the prayer of the just man here on earth availeth much with God, how much more powerful, then, must be the prayer of the saints, who are united with God in heaven in perfect love and are, so to say, partakers of His infinite goodness and omnipotence?

A most striking proof of the efficacy of the prayers of the saints is the numerous miracles wrought and the many favors obtained at all times through their intercession. Among these miracles are a great number whose authenticity was declared by the Church after the most scrupulous and strict investigation, as the acts of canonization prove.

That the invocation of the saints was a practice of the early Church is proved by the numerous inscriptions on the tombs of the Roman catacombs preserved to this day. We read there, for instance, on the tomb of Sabbatius, a martyr, “Sabbatius, O pious soul, pray and intercede for your brethren and associates !” On another tomb is inscribed, “Allicius, thy spirit is blessed; pray for thy parents !” And again, “Jovianus, live in God, and pray for us !”

We have also the testimony of one of the greatest thinkers and Protestant philosophers, Leibnitz, for the claim that the veneration and invocation of the saints is founded in reason, on Holy Scripture, and on the tradition of the Church. He writes: “Because we justly expect great advantage by uniting our prayers with those of our brethren here on earth, I can not understand how it can be called a crime if a person invokes the intercession of a glorified soul, or an angel.

If it be really idolatry or a detestable cult to invoke the saints and the angels to intercede for us with God, I do not comprehend how Basil, Gregory Nazianzen, Ambrose, and others, who were hitherto considered saints, can be absolved from idolatry or superstition.

To continue in such a practice would indeed not be a small defect in the Fathers, such as is inherent in human nature — it would be an enormous public crime. For if the Church, even in those early times, was infected with such abominable errors, let any one judge for himself what the Christian faith would eventually come to. Would not Gamaliel’s proposition, to judge whether Christ’s religion be divine or human from its effects, result in its disfavor ?”

But whilst the Catholic Church practices and recommends the veneration and invocation of the saints, she does not teach us to honor and invoke them as we do God, nor to pray to them as we do to Him. She makes a great distinction.

The veneration of the saints differs from the worship of God in the following:

Therefore there is a difference between the prayer to God and the invocation of the saints. We pray to God asking Him to help us by His omnipotence: we pray to the saints to help us by their intercession with God.

The saints themselves desire that we should follow their example. Each of them, so to say, exhorts us with St. Paul, “Be ye followers of me, as I also am of Christ (1 Cor. iv. 16). There is no age, no sex, no station in life for which the Catholic Church has not saints, whose example teaches us to avoid sin and to observe faithfully the commandments of God and the Church at this or that age, or in this or that station. Therefore the principal object of our invocation of the saints ought to be the obtaining of their help in following their example. Thus we shall move them to come to our aid all the more readily.