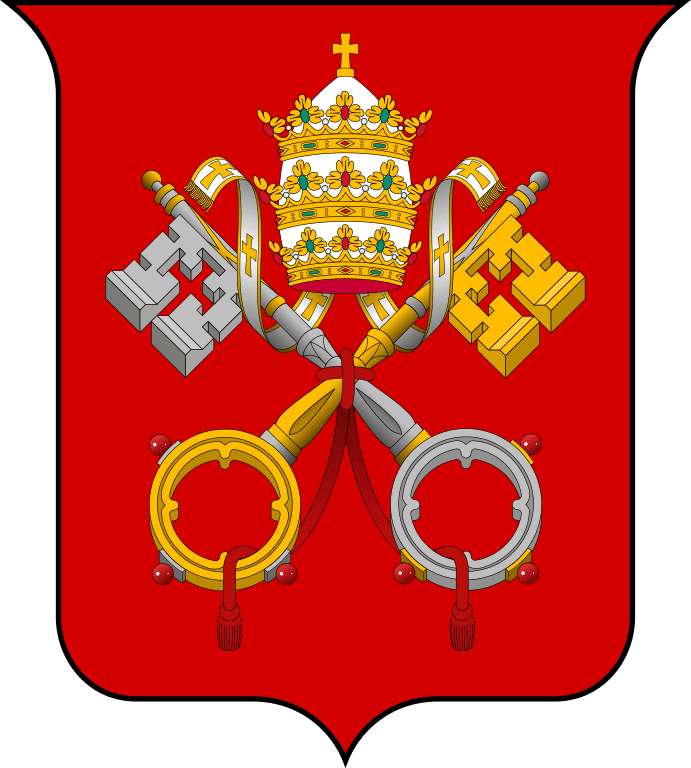 According to traditional catholic resources, the “Papal Coronation Oath”, attributed to His Holiness Pope St. Agatho,  was taken by the popes of the Catholic Church, starting with Pope Saint Agatho, who was elected on 27 June, 678.  Over 180 popes, down to and including Pope Paul VI, swore this oath during their papal coronations.  Pope John Paul I, Pope John Paul II, Pope Benedict XVI, and Pope Francis who had no coronation ceremonies, clearly did not take the oath.

As Dailycatholic.org editor has noted: This sacred oath was first taken, as recorded in Church annals  [Liber Diurnus Romanorum Pontificum, Migne’s Patrologia Latina 105, 40-44 and published by Eugene de Rozier, 1869] [1], by Pope Saint Agatho on June 27, 678. Many believe it was even taken by several predecessors of St. Agatho as well as most of his successors. Who composed it is not known. What also cannot be fully verified after much research is whether it was still in vogue in the latter centuries. Also in question is the search for the Latin translation to verify it, considering it would originally have been in the Mother tongue. Because there is not absolute proof, we must say “reputedly” and we welcome any assistance in its verification. Until then, we must publish this with this disclaimer.

However, what is important is to read below the absolute Catholicity of the words in this oath, the Vicar of Christ vows to never contradict the Deposit of Faith, or change/innovate anything that has been handed down to him and to do so would gravely violate before God his intention and calling. This Papal Oath is part of our Catholic heritage. It began around the 6th or 7th Century. And even though it may not be said anymore, it is, if you will, the Church’s vitae of the Pope, the Successor of Peter and, in that role, has no authority to veer from Tradition. Would this not be a given with every successor? Why then did the conciliar popes not heed the basic essence of these words? Why did they give up the triregnum responsibility to teach, sanctify and govern as the ‘servant of the servants’, the chief Shepherd of the flock?

By this oath the popes swore never to innovate or change anything that has been handed down to them, furthermore, it should not be confused with the Oath Against Modernism, mandated by Pope Pius X for those taking up certain offices in the Church. The Oath Against Modernism was abolished two years after the close of the Second Vatican Council, yet the men who took the Oath at ordination are still bound by it. Those who swore this sacred Oath and then promoted the modern program of Vatican II, including the Council’s new ecumenism and religious liberty, have shown themselves unfaithful to the Oath they swore solemnly before God.

The Coronation Oath of the Pope-Elect. To be taken by all Pontiffs of the Catholic Church, showing that no pontiff can not contradict the Deposit of Faith, or change/innovate in what has been handed down to him:

“I vow to change nothing of the received Tradition, and nothing thereof I have found before me guarded by my God-pleasing predecessors, to encroach upon, to alter, or to permit any innovation therein;

To the contrary: with glowing affection as her truly faithful student and successor, to safeguard reverently the passed-on good, with my whole strength and utmost effort;To cleanse all that is in contradiction to the canonical order, should such appear; to guard the Holy Canons and Decrees of our Popes as if they were the divine ordinance of Heaven, because I am conscious of Thee, whose place I take through the Grace of God, whose Vicarship I possess with Thy support, being subject to severest accounting before Thy Divine Tribunal over all that I shall confess;

I swear to God Almighty and the Savior Jesus Christ that I will keep whatever has been revealed through Christ and His Successors and whatever the first councils and my predecessors have defined and declared.

I will keep without sacrifice to itself the discipline and the rite of the Church. I will put outside the Church whoever dares to go against this oath, may it be somebody else or I.

If I should undertake to act in anything of contrary sense, or should permit that it will be executed, Thou willst not be merciful to me on the dreadful Day of Divine Justice.

Accordingly, without exclusion, We subject to severest excommunication anyone — be it Ourselves or be it another — who would dare to undertake anything new in contradiction to this constituted evangelic Tradition and the purity of the orthodox Faith and the Christian religion, or would seek to change anything by his opposing efforts, or would agree with those who undertake such a blasphemous venture.” [2]

Abandonment of the Tiara

The papal tiara is a crown that was worn by popes of the Roman Catholic Church from as early as the 8th century to the mid-20th.

In the coronation of all popes, the tiara is placed on the candidate’s head with the words:

[Receive the tiara adorned with three crowns and know that thou art Father of Princes and Kings, Ruler of the World, Vicar of Our Savior Jesus Christ on earth, to him be the honor and glory forever and ever.]

It was last used by Pope Paul VI in 1963 and only at the beginning of his reign.

“The Triregnum (the Papal Tiara formed by three crowns symbolizing the triple power of the Pope: father of kings, governor of the world and Vicar of Christ) from the XVIII Century, with which the bronze statue of Saint Peter is crowned every June 29th, the feast day of the Saint.

Use of the Tiara, a ritual during solemn ceremonies, was abandoned during the Papacy of Paul VI.

The Tiara is a headdress ending in an ogive and made of silver, and during the times of Boniface VIII two crowns were added, and from 1314 three crowns (the reason it is called the triregnum), topped by a small globe with a golden cross.

Among the various interpretations, we shall mention the one that says that the three crowns represent the militant, the suffering and the triumphant Church.” [3]

The occasions on which the Pope wears the tiara are laid down by Papal protocol as follows:

(a) at Mass for his coronation;
(b) at Mass for the Feasts of the Epiphany, the Annunciation, Easter, the Ascension, SS Peter and Paul, All Saints, and on the third Mass on Christmas Day; and
(c) when the Pope celebrates Pontifical Mass.

In addition the tiara is worn on certain special occasions such as the canonization of a new Saint.

Paul VI abandoned the tiara immediately after his election and it was never worn again. Although Paul VI had given up his papal tiara, the plan he left for papal elections still included a papal coronation. But when John Paul I was elected, he decided to forego the traditional papal coronation ceremony and just not receive a papal tiara at all. And when John Paul II assumed the papacy a few weeks later, he followed John Paul I’s precedent, and so did Benedict XVI and Francis.

Jacques Paul Migne ( 25 October 1800 – 24 October 1875) was a French priest who published inexpensive and widely distributed editions of theological works, encyclopedias and the texts of the Church Fathers, with the goal of providing a universal library for the Catholic priesthood.

LIBER DIURNUS ROMANORUM PONTIFICUM, or “Journal of the Roman Pontiffs,” the name given to a collection of formulae used in the papal chancellery in preparing official documents, such as the installation of a pope, the bestowal of the pallium and the grant of papal privileges. It was compiled between 685 and 751, and was constantly employed until the 11th century, when, owing to the changed circumstances of the Church, it fell into disuse, and was soon forgotten and lost. During the 17th century a manuscript of the Liber was discovered in Rome by the humanist, Lucas Holstenius, who prepared an edition for publication; for politic reasons, however, the papal authorities would not allow this to appear, as the book asserted the superiority of a general council over the pope. It was, however, published in France by the Jesuit, Jean Garnier, in 1680, and other editions quickly followed.

The best modern editions are one by Eugene de Roziere (Paris, 1869) and another by T. E. von Sichel (Vienna, 1889), both of which contain critical introductions. The two existing manuscripts of the Liber are in the Vatican library, Rome, and in the library of St Ambrose at Milan.