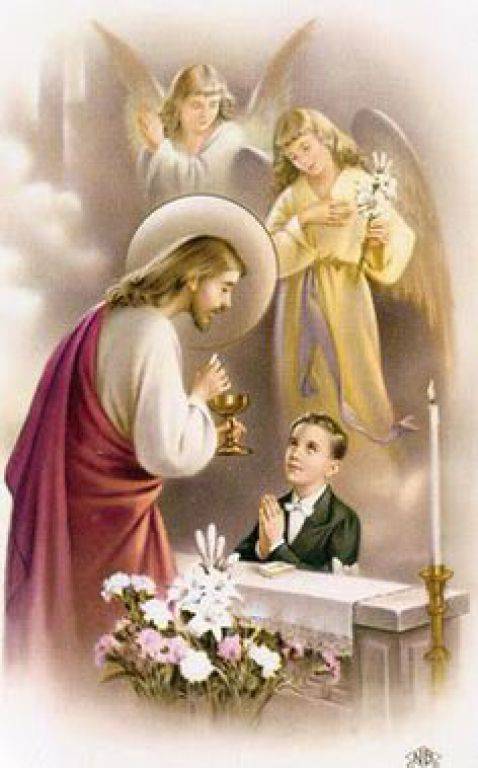 The results of Communion in the hand and the Novus Ordo have caused a major crisis in the Catholic Church. The New York Times reported that when Catholics were asked, in a Times-CBS news poll, what best describes their belief about what happens to the bread and wine at Mass, most chose the answer that the bread and wine are “symbolic reminders of Christ” over the answer that they are “changed into the Body and Blood of Christ”. The official Church teaching, which we must believe in order to be saved, is this: “The Eucharistic presence of Christ begins at the moment of the consecration and endures as long as the Eucharist species subsist. Christ is present whole and entire in each of the species and the whole and entire in each of their parts, in such a way that the breaking of the bread does not divide Christ.”

What is the solution to this terrible loss of faith? We must return to the traditional teachings of the Church and to the Traditional Latin Mass as codified by Pope St. Pius V, who declared, by virtue of his apostolic authority, was to last in perpetuity and never at a future date could it be revoked or amended legally. The way we worship is the way we believe (lex orandis, lex credendi).

To locate a Traditional Latin Mass in your area, consult the  Official Traditional Catholic Directory. TLMs are administered by traditional Catholic societies, institutes, and religious orders around the world,  such as priests of the Society of St. Pius X,  the Society of St. Pius V, (SSPV), Fraternity of St. Peter (FSSP), the Institute of Christ the King, the Roman Catholic priests of the Religious Congregation of Mary Immaculate Queen, as well as other Catholic monastic communities you may find in your area. THE MOST IMPORTANT about traditional – that is, authentic – Catholicism is not just the mass one attends, but the theology embraced by the celebrant.

‘Out of reverence towards this Sacrament, nothing touches it but what is consecrated.’ –St. Thomas Aquinas

Source: Our Lady of the Rosary Library.

“The most insidious diabolical attack consists in trying to extinguish faith in the Eucharist,  by sowing errors and fostering an unsuitable way of receiving it. Truly the war between Michael and his Angels on one side, and Lucifer on the other, continues in the hearts of the faithful.”

“Satan’s target is the Sacrifice of the Mass and the Real Presence of Jesus in the consecrated Host” ~ Cardinal Robert Sarah.