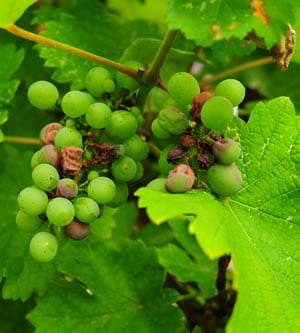 Dietrich Richard Alfred von Hildebrand (12 October 1889 – 26 January 1977) was a German Roman Catholic philosopher and theologian. He was called “the twentieth-century Doctor of the Church” by Pope Pius XII. Pope John Paul II and Pope Benedict XVI also greatly admired the work of Hildebrand. The degree of Pope Benedict’s esteem is expressed in one of his statements about Hildebrand: “When the intellectual history of the Catholic Church in the twentieth century is written, the name of Dietrich von Hildebrand will be most prominent among the figures of our time.“

In 1973, Dietrich Von Hildebrand wrote “The Devastated Vineyard”. The PDF of the book can be downloaded from St-John of the Cross Academy.  He wrote these chilling words in the Preface, “the active work of destruction [of the holy Church] is in high gear.” While many in the Church after Vatican II “were deceived by such slogans as ‘renewal,’ ‘aggiornamento,’ and ‘come out of the ghetto’,” Von Hildebrand was encouraged by seeing that many who were initially deceived were returning to orthodoxy.

“Various movements have been formed which are taking the offensive against the destruction of the holy Church and the falsification of the Christian spirit…” But by 1973, the errors had gained much ground, and some errors that were being disputed when he starting writing books about them in 1969 (including the book “The Trojan Horse in the City of God“) had been widely accepted as beyond dispute in 1973.

Trojan Horse in the City of God is a pull-no-punches analysis of the causes of the continuing Catholic chaos. In today’s Catholic parishes, false ideas about God and His Church seem more common than statues and holy water. Confusion and disillusion are rampant, and no one seems to know how to reverse Catholicism’s decline. Yet the path out of this crisis was mapped long ago. In these prophetic pages (first published in 1967), renowned Catholic philosopher Dietrich von Hildebrand exposes the poverty of the sad and confused ideas of all too many contemporary Christians, contrasting those errors with the majestic and unchanging truths of Divine Revelation.

Some people actually seem to believe that the Council did away with sin, hell & purgatory – and contrary to scripture, many seem to believe that all persons will eventually be saved (the false concept of “universal salvation”). As St. Paul says, “Be not deceived: God is not mocked. For what things a man shall sow, those also shall he reap.” (Gal. 6:7-8)

Nowadays, even high ranking persons in the Church who are engaging in outright disobedience, scandal, error, heresy, and even unspeakable actions are often subject to little or no discipline.  Previously, persons guilty of heresy & error would have been under anathema (and therefore punished/removed). Now they are often left alone, or even rewarded! “Anathemas are biblical, historical – and now suddenly avoided like the plague – even though we have more need of them than ever.”

“The vilification of the anathema – though it is through the anathema that the Church has preserved her identity and the purity of her teaching since St. Paul and through the centuries – is a typical consequence of distorting love of neighbor, and of confusing this love with a weak cheerfulness, niceness, and readiness to give in. The fear of the anathema betrays above all a loss of the sensus supernaturalis, a lapse into that this-worldliness which is more concerned with the earthly welfare of man than with his eternal salvation.”

“The anathema is an act of love of God because it condemns the offense against God which lies in the distortion of Christian revelation and of the teaching of the holy Church, and because it officially unmasks error as error. The protection of the divine Revelation has been entrusted to the holy Church, and to fulfill this holy trust is a central act of holy obedience and of love for divine truth, and indeed for God Himself.

And it is an act of sublime love of neighbor to protect the faithful from the poison of false teachings, for it is far more important and higher objective good for man to remain in the true faith, than to be relieved in his physical or psychic sufferings. The anathema is for men in statu viae (in their pilgrimage through life) something which protects that greatest good, which is so important for the salvation of their souls. It is thus a very great act of love because it protects the faithful from the deceits of heretics, who speak in the name of the Church, especially when they hold a position of authority and thus belong to the ecclesia docens (the teaching Church).

These heretics are listened to with much sympathy and openness by the simple believing layman, and this makes it quite easy to seduce him to error and to poison his faith. Is it not a more fundamental, deeper act of love of neighbor to protect the faithful by unmasking heretics – and suspending them if they hold any office of authority – than to protect men against a plague, or to mitigate their poverty, or even to eliminate social injustice?… And even for him who is condemned it is an act of the greatest love of neighbor. It is for him like the knife of a surgeon which cuts away the cancer of a patient. It is a fully earnest admonition, an enlightenment as to his errors, an invitation to return to the truth. It protects him from completely lapsing into heresy without fully realizing it – it enables him to grasp the full incompatibility of his theses with the teaching of the holy Church, to feel the significance of his error, and with terrible seriousness it forces him to decide ‘for or against God and His holy Church.'”

The sources cited in the article include: Wikipedia, mycatholicsource.com, “The Devastated Vineyard” & “Trojan Horse in the City of God” – books by Dietrich Richard Alfred von Hildebrand.