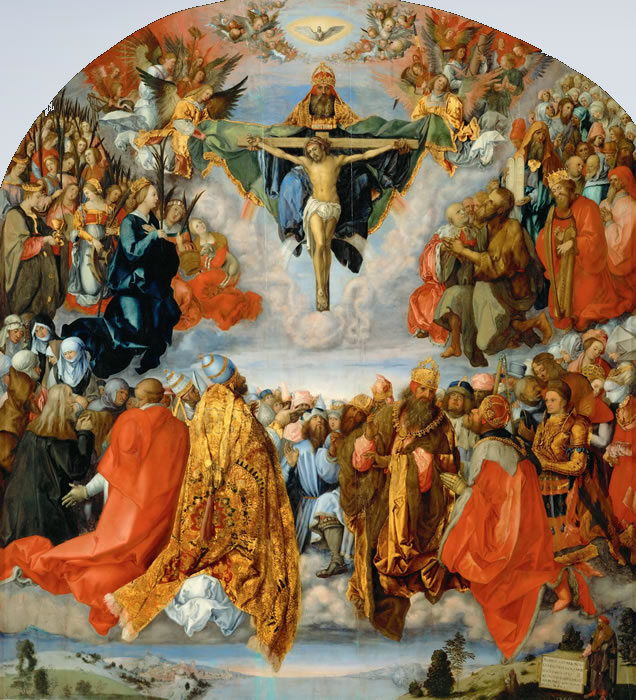 By this second part of the Ninth Article of the Creed we mean that between the members of the Church — in Heaven, in Purgatory, and on Earth — there exists, by reason of their close union with one another under Christ their Head, a mutual communication in spiritual riches. Not all of the Church’s members fully enjoy this fellowship, but those only who are in the state of grace, wherefore this fellowship is called “the Communion of Saints.” Those in mortal sin are not wholly excluded from this Communion of Saints, for both by the public prayers of the Church and the petitions and good works of those in the state of grace, they can be helped to recover the grace of God.

From the Catechism of Saint Peter Canisius, Doctor of the Church

“Outside of this communion of saints, just as outside of the ark of Noe, there is salvation for no one, but to the contrary, for everyone the certitude of damnation, and no salvation for mortals. This is true with regard to the Jews or the Gentiles, who have never embraced the faith of the Church, or with regard to the heretics, who have abandoned it or altered it, or with regard to the schismatics, who have broken the peace and unity of the Church, or in regard to the excommunicated, who have merited for some other serious cause to be cut off and separated from the body of the Church like rotten members. All these mentioned here do not belong to the Church nor to its holy communion, and are not able to participate in divine grace or eternal salvation, unless beforehand they are reconciled and return to the Church from which they committed the fault of separating themselves. For the rule imposed by Saint Cyprian and Saint Augustine is certain: He does not have God for his Father, who refuses to have the Church for his mother.”