This guide for spiritual warriors will help you recognize, resist, and overcome the Devil’s attacks.  Prayers for protection, deliverance, and victory – Rosary meditations, hymns, and other devotions for spiritual combat.

This Manual for Spiritual Warfare will help you recognize, resist, and overcome the Devil’s attacks. The book contains teaching about spiritual warfare from Scripture and Church documents – Scripture verses for battle – Wisdom and inspiration from saints who fought Satan – Prayers for protection, deliverance, and victory – Rosary meditations, hymns, and other devotions for spiritual combat.

Like it or not, you are at war. No matter who you are—whether or not you know it—you have a mortal enemy who wants to destroy you, not just in this life, but in the next.

No matter where you live on this planet—whether or not you can see it—you live on a hotly contested battlefield, and you can’t escape the conflict. It’s a spiritual war with crucial consequences in your everyday life. And the outcome of that war will determine your eternal destiny.

The first rule of any type of warfare is to know your enemy. How can you fight an adversary you can’t identify? Worse yet, how can you avoid being a casualty in a battle going on all around you if you don’t even recognize that you’re in danger?

Your adversary is the Devil, with his army of demons. Your battle with him rages not only all around you, but also within you, a fierce conflict for control of your mind, your heart, and your ultimate destiny. The world may scoff and tell you there is no Devil and no battle. But the world has been blinded to these realities by the Enemy himself. Its skepticism is part of his stealth strategy: Those who deny his existence are an easy prey. 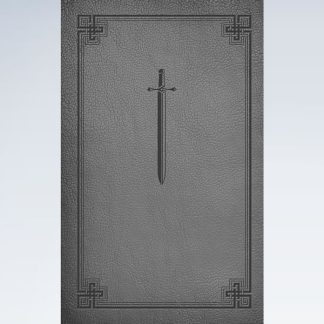 You're viewing: Manual for Spiritual Warfare US$ 33.00
Add to cart