Musical settings of the propers of the Requiem Mass are also called Requiems, and the term has subsequently been applied to other musical compositions associated with death, dying, and mourning. 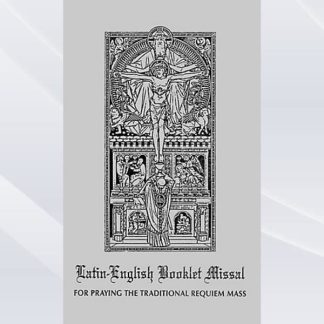 You're viewing: Requiem Mass Booklet US$ 9.00
Add to cart