Learning the Mass – A Manual for Seminarians and Priests

This compact book is a must for any cleric learning to celebrate the traditional Roman Mass, or even for just brushing up on the Mass or Benediction rubrics. Softcover, 58 pages.

Learning the Mass is an instructive book by rubrician Fr. Walter J. Schmitz, first published in 1960, gives detailed instructions on how to properly say the traditional Roman Mass (Missale Romanum), and has been treasured by priests and seminarians for decades for its brief and concise explanations of how the celebrant offers Low Mass.

For the explanation of the Mass, texts are arranged into parallel columns, with one side presenting in English the minute actions made by the celebrant with his hands (especially when dealing with the consecrated Species), eyes and body, while the other side gives the actual Latin text as seen in the missal for comparison. In addition to many helpful tips, authoritative footnotes are also included.

There is also a chapter on bination (celebrating two Masses consecutively, hence how to avoid breaking the necessary fast) rubrics, Requiem Masses, distributing Communion, and executing the ceremonies of Benediction. Also included is a nota bene about some minor revisions made in 1962 not contained within the book due to its publishing date.

This compact book is a must for any cleric learning to celebrate the traditional Roman Mass, or even for just brushing up on the Mass or Benediction rubrics! 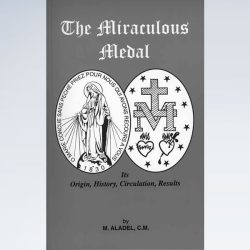 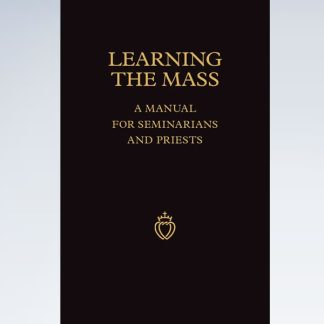 You're viewing: Learning the Mass – A Manual for Seminarians and Priests CAD$ 21.79
Add to cart