The Book of Destiny

An in-depth analysis of the Apocalypse that really makes sense. Proves it is a prophetic history of the Catholic Church. Gives the keys to understanding the Apocalypse. Shows we are on the verge of dramatic events! Nihil obstat and Imprimatur given on January 26, 1956. 528 Pages.

Send Inquiry for The Book of Destiny

Book of Destiny is an in-depth analysis of the Apocalypse that really makes sense. Proves it is a prophetic history of the Catholic Church. Proceeds chapter by chapter and verse by verse, explaining everything in terms of the language and symbolic meaning of Scripture itself. Gives the keys to understanding the Apocalypse. Shows we are on the verge of dramatic events! A masterpiece!

The Rev. Father Herman Bernard F. Leonard Kramer was born in 1884 at Petersburg, Iowa. After studying philosophy at Mt. Calvary for five years, and theology at Austria for one, he returned to America due to ill health and completed his studies at St. Paul Seminary. Subsequently ordained a priest, he served the Diocese of Sioux City for four decades before retiring to Oakland, California. After studying the Book of Revelations for thirty years, he released The Book of Destiny in 1955 through Buechler Publishing Company, Illinois. Father Kramer’s work also received the Nihil Obstat and Imprimatur upon publication.

“And I saw another beast coming up out of the earth, and he had two horns, like a lamb, and he spoke as a dragon. And he executed all the power of the former beast in his sight; and he caused the earth, and them that dwell therein, to adore the first beast, whose wound to death was healed.”  ~ Apocalypse 13:11-12.

Ven. Anne Catherine Emmerich prophesied that toward the End of Time there would arise several men who would unlock the mysteries of the Apocalypse. Reading of The Book of Destiny will give you strong indication that Fr. Kramer is one of those men. Claiming that we, at this point in history, are in the Ninth Chapter of these prophecies, the author establishes a chronological interpretation of St. John’s book of Revelations, which shows the Apocalypse to be basically a prophetic history of the Catholic Church. With no little erudition, Fr. Kramer considers the wise opinions of the Fathers and Doctors of the Church and other learned writers on the subject.

Outstanding about his own interpretations, however, is the author’s explanation of the symbols in light of their use and meaning throughout the Bible – Old and New Testaments. Thus, giving his readers the keys to understand this, the most mysterious book of the Bible, while making his analysis. Under his approach, the many strange symbols shine clear: The Four Horses, the Seven Trumpets, Stars fallen from Heaven, the Seven Thunders, the Four Winds, the Woman Clothed with the Sun, the Beast, the 200 Million Horsemen, the Scarlet Harlot, Babylon the Great, the Battle of Armageddon, the New Jerusalem and so forth.

Frightening is the revelation that we are on the verge of the most climatic events foretold by St. John. “Exciting,” “exhilarating,” “reveling” are bland adjectives to describe this epochal book. 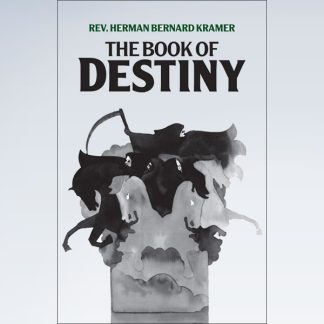