Blessed Be God is a complete traditional Catholic prayer book, containing regular and special prayers, popular devotions, favorite novenas, meditations and readings from The Holy Bible and The Imitation of Christ, Epistles and Gospels for Sundays and Holydays.

This pocket-size prayer book is not only packed with tons of favorite traditional Catholic prayers, but also includes for the Traditional Latin Tridentine Rite:

It’s so versatile, we’ve nicknamed it the “Swiss Army Knife of Prayer Books”. 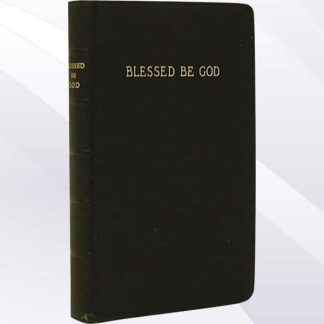 You're viewing: Blessed Be God: A Complete Catholic Prayer Book US$ 40.00
Add to cart