Ships only within the United States.

Angel of Grief Monument Statue after the 1894 original by artist William Wetmore Story (1819-1895). From her delicate wings and arms to the tendrils at the nape of her neck, the detail of this exclusive, designer resin Victorian angel is amazing. Inspired by the monument that American poet and sculptor William Wetmore Story designed as a homage to his wife Emelyn, our desktop version features a raised lettered message. The inscription reads: “The bud was spread to show the rose our Saviour smiled the bud was closed. Anon”

American sculptor and poet, son of the jurist, Joseph Story, was born in Salem, Massachusetts, on the 12th of February 1819. He graduated at Harvard College in 1838 and at the Harvard Law School in 1840, continued his law studies under his father, was admitted to the Massachusetts bar, and prepared two legal treatises of value-Treatise on the Law of Contracts not under Seal and Treatise on the Law of Sales of Personal Property. Abandoning the law, he devoted himself to sculpture, and after 1850 lived in Rome, whither he had first gone in 1848, and where he was intimate with the Brownings and with Landor.

One of his earliest works in sculpture was a statue of his father and Semiramis. Among his writings, in addition to the legal treatises mentioned above, are Life and Letters of Joseph Story, Roba di Roma, Proportions of the Human Figure, Fiammetta, a novel, Conversations in a Studio, Excursions in Art and Letters, and several volumes of poems of considerable merit. 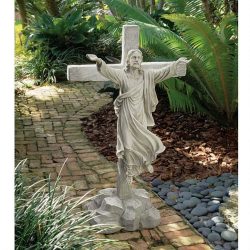