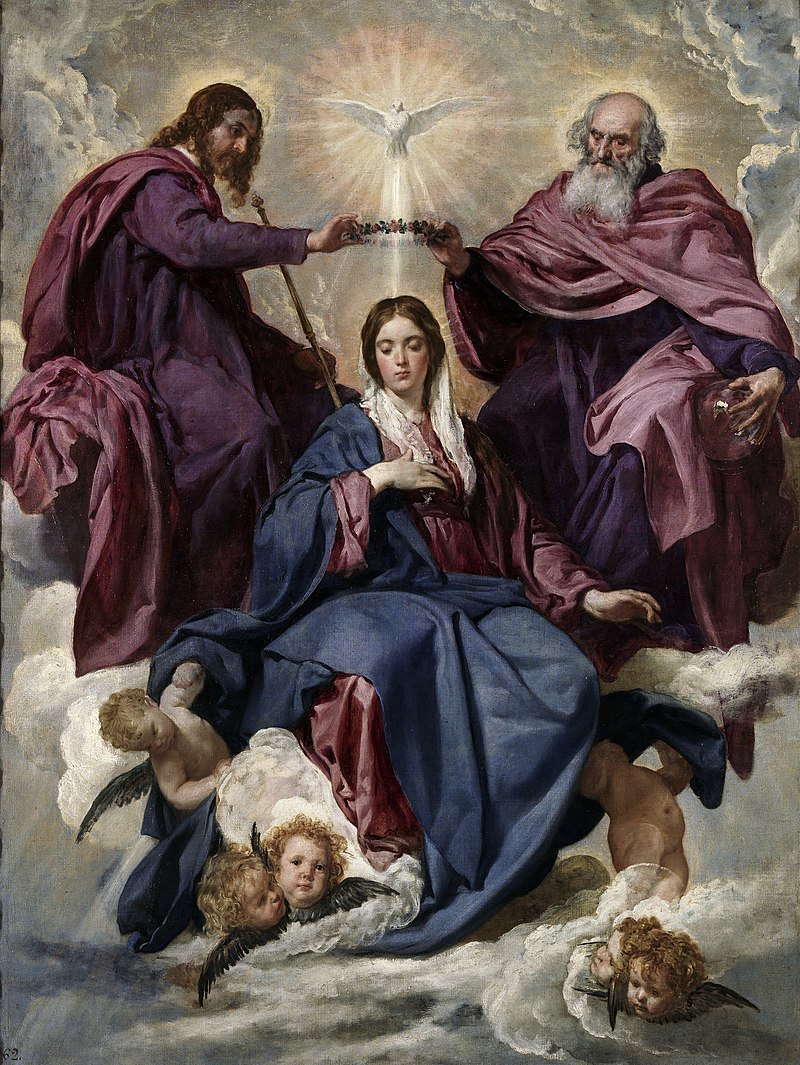 “There is a venerable tradition connected with this joyous anthem.  It is related that a fearful pestilence raged in Rome, during one of the Easters of the pontificate of St. Gregory the Great.  In order to propitiate the anger of God, the holy Pope prescribed a public procession of both people and clergy, in which was to be carried the portrait of our blessed Lady painted by St. Luke.  The procession was advancing in the direction of St. Peter’s; and as the holy picture, followed by the Pontiff, was carried along, the atmosphere became pure and free from pestilence.  Having reached the bridge which joins the city with the Vatican, a choir of angels was heard singing above the picture, and saying: ‘Rejoice, O Queen of heaven, alleluia! for he whom thou didst deserve to bear, alleluia! hath risen, as he said, alleluia!’  As soon as the heavenly music ceased, the saintly Pontiff took courage, and added these words to those of the angels: ‘Pray to God for us, alleluia!’  Thus was composed the Paschal anthem to our Lady.  Raising his eyes to heaven, Gregory saw the destroying angel standing on the top of the Mole of Hadrian, and sheathing his sword.  In memory of this apparition the Mole was called the Castle of Sant’ Angelo, and on the dome was placed an immense statue representing an angel holding his sword in the scabbard.” [ Abbot Gueranger, O.S.B., The Liturgical Year ].

Traditional Catholic parishes pray it after each Mass during Eastertide. Regina Cæli is prayed standing, in place of the Angelus, during the Easter Season from Holy Saturday until Pentecost.